His Own April Fool Poem by Spock the Vegan

His Own April Fool


My oldest brother came up with a plan
For tomorrow's April Fools day for the clan.
He replaced the sugar in the bowl with salt.
It was a simple plan, but it had a fault

On April first he was the first to rise.
He found his strategy wasn't so wise:
He wanted cereal, and wanted it sweet,
So he spooned some salt into his shredded wheat.

He found out the joke was very cruel,
When he became his own April fool. 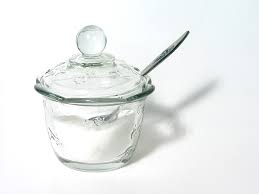 Ha ha ha ha ha! That is great! Your brother sure fooled himself with that trick! Another great poem, maybe your best yet. I have voted it a ten.

That's pretty funny! Thanks for sharing...

A prefect poem for a trying day Bravo! Encore!

That a beautiful creation written with a tinge of humour. I like your style of writing, Spock. Thanks for sharing and do remain enriched.

Nothing like falling into one's own trap, Spock the Vegan....A memorable poem

Thanks. Some days a good one comes together.

I would like to translate this poem
Poems By Spock the Vegan
What If...
Big Bang Creation
Two Wongs Don't Make A Wright
His Own April Fool
Pluto A Planet Again?
See All Poems by Spock the Vegan
Next Poem
89 / 240
Previous Poem