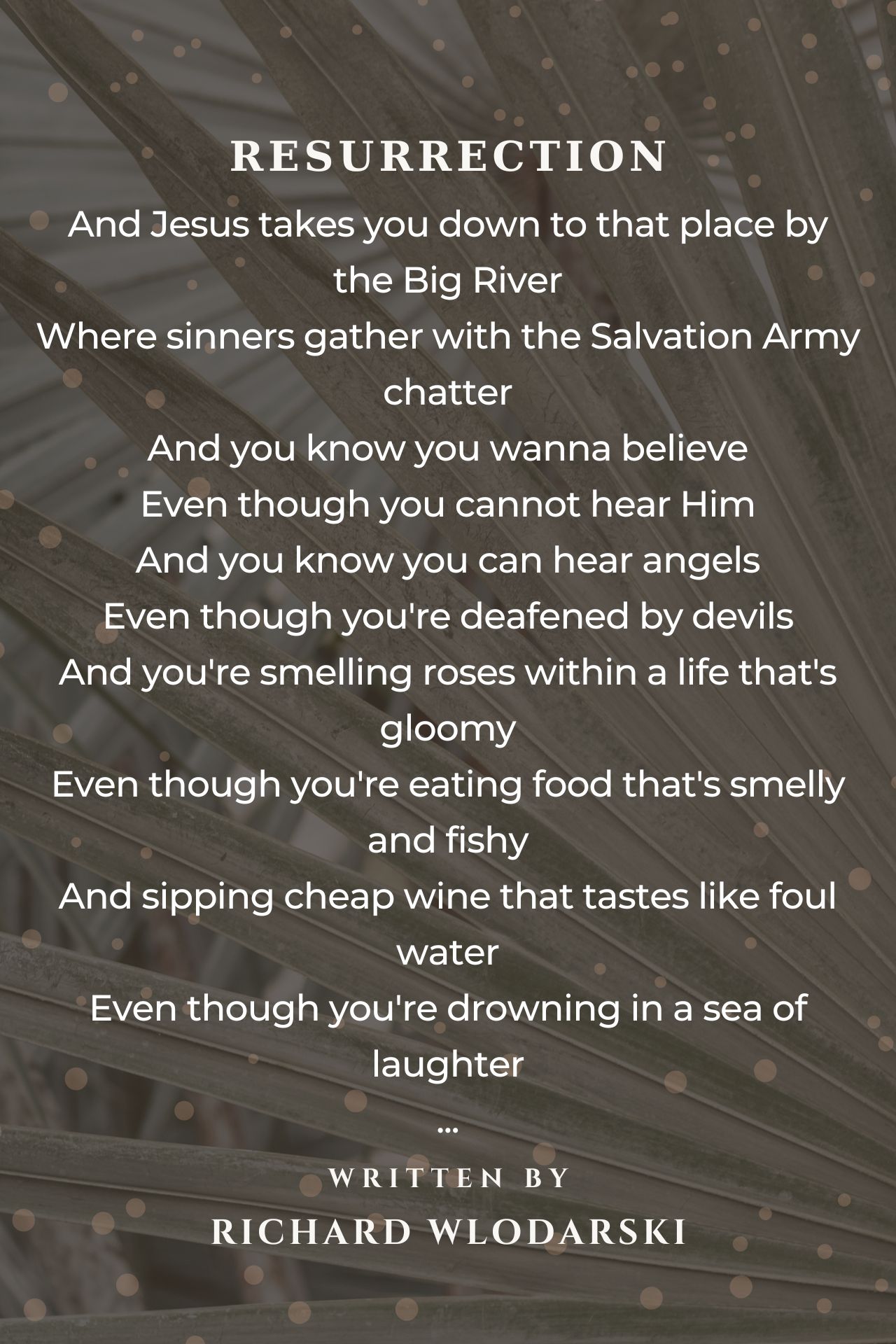 A true skill to convey the feelings within this writing resolbing in hope, a piece of art indeed. Thank you Richard 10!

I accept that as a huge compliment, Daniel. Thank you so very much.

I accept that as a huge compliment, Daniel. Thank you for reading and for your kind words.

A wonderful poem reminiscent of the song Suzane by Leonard Cohen. Beautifully written with many great metaphors.

Thank you forvreminding me if my own spiritual journey.: (

You're very welcome, Doris. Thanks for reading.

I had to come back to this poem because it speaks to me, and it sheds light on my journey. This time of reading I was struck by the decadence and decline of the environment of former cities.The delapidated buildings and the washed up winos reflect each other. There should be forgiveness if not restoration in that shared reflection. It is the guarantee of saving grace.

Very thought-provoking. Some of the wording reminds me of Leonard Cohen's song 'Suzanne'. I like to think that Jesus makes you a winner, not a slaving loser. Success in our own lives is a form of resurrection, I think, and all the better if we can make Jesus present to others in today's world. You also evoke very well the awful temptations and sins which confront us.

Leonard's influence is all over this piece. I do it too. Cohen should definitely have gotten the Nobel before Dylan. Compare bodies of work. Just sayin'

Richard, I was thinking about this, this morning ThankGod someone has the same feelings. Please some of my latest poems