Rating: ★5.0
Many are the plans in a person's heart,
but it is the Lord's purpose that prevails

Some writings are considered classics. They endure the test of time and are worth going back to and rereading time and again.
The poem The Master Weaver's Plan is a Christian classic.
So said Corrie ten Boom during her life.
She is a famous Dutch Evangelist during WW II, lives in Haarlem.
After the war, she has traveled a very lot to tell the world about God's Great Wonders she has got during these war times and

As Corrie ten Boom said:
As far as I know, the author of this poem is unknown.
Whoever wrote it has conveyed a reassuring message that has touched many hearts and lives through the years.
It has touched mine too.

I pray it will be a blessing to you today as you read it once again or discover it for the first time, Corrie ten Boom.

Corrie wrote that with much love, and so am I humbled and honored presenting this loveliest poem by Author Unknown, God's Blessings, Sylvia Frances Chan


CORRIE ten Boom's Favorite Quote:
I like the words here so much that I wanna let you know too,
please read, thank you.

My life is but a weaving
Between the Lord and me;
I may not choose the colors-
He knows what they should be.

For He can view the pattern
Upon the upper side
While I can see it only
On this, the underside.

Sometimes He weaves in sorrow,
Which seems so strange to me;
But I will trust His judgment
And work on faithfully.

‘Tis He who fills the shuttle,
And He knows what is best;
So I shall weave in earnest,
And leave to Him the rest.

Not 'til the loom is silent
And the shuttles cease to fly
Shall God unroll the canvas
And explain the reason why.

The dark threads are as needed
In the Weaver's skillful hand
As the threads of gold and silver
In the pattern, He has planned.

Based upon research, have discovered that more than one person have been credited with authorship of this poem.
For now, have decided to list it as "author unknown" until there is further clarification. Thank you so much, Corrie ten Boom.

I only present this as Corrie ten Boom ever said during her life,
thank you so much, Sylvia Frances Chan

TODAY published here for you to read since I am fond of this poem by AUTHOR UNKNOWN, I wanna show to you all the beautiful words and to all the people in this forsaken world, once again thank you.
AD. Tuesday 19th December 2017-@ 8.08 hrs. A.M. West-European Time 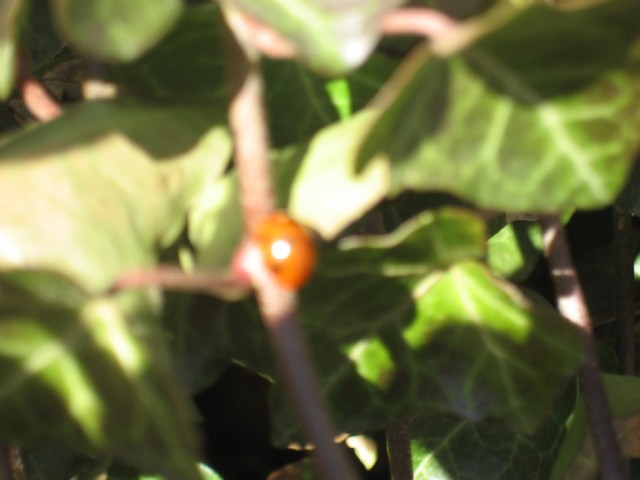 Sylvia Frances Chan
Tuesday, December 19, 2017
Download image of this poem.
Report this poem
Topic(s) of this poem: anniversary
POET'S NOTES ABOUT THE POEM
Published so that this News be known to the World, the Story of the Dutch Evangelist Corrie ten Boom, who saves milliards of innocent persons during WW II,
from the death, because they are jews and they were chased by the late Hitler and his nazi company. Her name is Corrie ten Boom, she has traveled everywhere in the world to let know about her many many Wonders that she got from God. In times she needed most His Helping Hand, she prayed oft and constantly and God helps her all the time. Here is a woman who believes In God and her prayers are heard all the time. Corrie ten Boom has always been a humble person, a truest servant Gods. IF I may say, I have experienced these wonders too in my small world, amongst family. Corrie ten Boom has always been a humble person as God's servant, she is my great example: I try to, I always tried to and still I do, I have seen and experienced too so many many wonders coming from Him, my beloved Mum knows too, Amen. I want you all to read these facts, thank you so much, with the unconditional love I publish this, sincerely God's humble servant, Sylvia TjanAKA Sylvia Frances Chan. Once again thank YOU All my Beloved Ones.
READ THIS POEM IN OTHER LANGUAGES

I would like to translate this poem
COMMENTS
Sylvia Frances Chan 24 December 2017
Thank you Rose Marie, my gratefulness to you is endless, and I am happy to know that you love this poem too that Corrie and I always love. Your comment means very much to me.
0 0 Reply
Rose Marie Juan-austin 20 December 2017
This piece has touched my heart. Thank you. Thank you. I hope and pray you will be blessed a thousandfold in sharing this timeless beautiful poem.
0 0 Reply
Rose Marie Juan-austin 20 December 2017
I agree with you, Sylvia that this is a stupendous write. This piece could withstand the tests of time. A write that has been woven in exact precision and with utmost care.
0 0 Reply
Sylvia Frances Chan 20 December 2017
Thank you Rini Shibu for your lovely comment. Your comment means a very lot to me.
0 0 Reply
Rini Shibu 19 December 2017
Let me quote: Dark threads are as needed As the threads of gold and silver.. Beautiful lines, meaningful Thanks for sharing sylvia
0 0 Reply
See All Comments