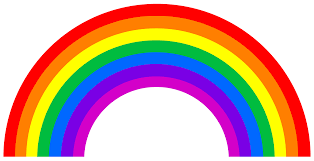 Mariah's parents to be Patricia (née Hickey) ,
A former opera singer and vocal coach of Irish descent
Alfred Roy Carey, an aeronautical engineer
Of African-American and black Venezuelan-American lineage
Mariah the youngest of three children born to her parents

Mariah's name inspired by "They Call the Wind Maria'
From the 1951 Broadway musical "Paint Your Wagon"
Mariah's surname adopted by her Venezuelan grandfather
Francisco Núñez, after he emigrated to New York
Their family surviving in spite of racial prejudice

Soon to divorce, a relationship that had its effect and cause
Mariah to lack contact with her father down the line
But her mum to work several jobs with her time
Alison moved in with their father; Mariah and
Her elder brother Morgan lived with their mother

Mariah to grow up and graduate
From Harborfields High School in Greenlawn, New York in 1987
Even though often absent due to demo singing
Mariah already finding a job she was passionate about
A job where she would sing beautiful words instead of shout

Then the Cinderella story came about
Mariah having sang with freestyle Brenda K. Starr
A backup singer and working with
Gavin Christopher and Ben Margulies
A cause and effect that would make Mariah rise to the top

Magically, Mariah to attend a CBS record executives' gala
With Brenda K. Starr and handing her demo tape
To the top man of Columbia Records, Tommy Mottola
The man to find Mariah Carey two weeks later
And the rest is musical history.

Mariah Carey to date Tommy Mottola while recording her debut album
They to marry in New York City on the 5th of June 1993
At Saint Thomas Church, the relationship a success but to get worse
Their marriage to end due to Mottola's controlling personality
Their differences separating them on May 30th 1997

But Mariah to meet more attractive men
Her music influenced but the message they'd send
Their personalities not easy to pretend
Once having gotten to know Mariah Carey:
A woman a legend, a career that'll never end

Mariah believing in God: a woman with faith
To often privately pray and in her songs say
That she is a fighter, even when her personal life a mess
And she will pray to God and sometimes confess
Her hard thoughts that are often compressed

Mariah breaking sales records throughout her career
Having performed on stage over and over again
With a voice stellar and song writing genius
Mariah Carey shall live forever in people's hearts
And capture the imagination with music that does enchant.

She made to the top fighting so many odds in life. A real victory through adversity. Beautiful write. Thanks.

Learned a lot about, Marhia's life from this excellent bio-poem. So well written and interesting, reaching the readers more intensely, with imagery, truth and passion that a prose biography could ever do or say. Warm congratulations and thanks to you.

Poet Paula, you have thought it fit to mention about the racial discrimination faced by Mariah. Good. May I invite you to read my poem Mother of Emmet Till? Thank You.

I would like to translate this poem
Poems By Paula Glynn
You'Ve Got To Love Candy Bars
I Need Alcohol: Nightmares And Alone
The Singing Poet: Mariah Carey
The Rainbow
A Cup Of Coffee
See All Poems by Paula Glynn
Next Poem
459 / 469
Previous Poem