Universal freedom is eternal and infinite bliss
we should all therefore be able to realise this. 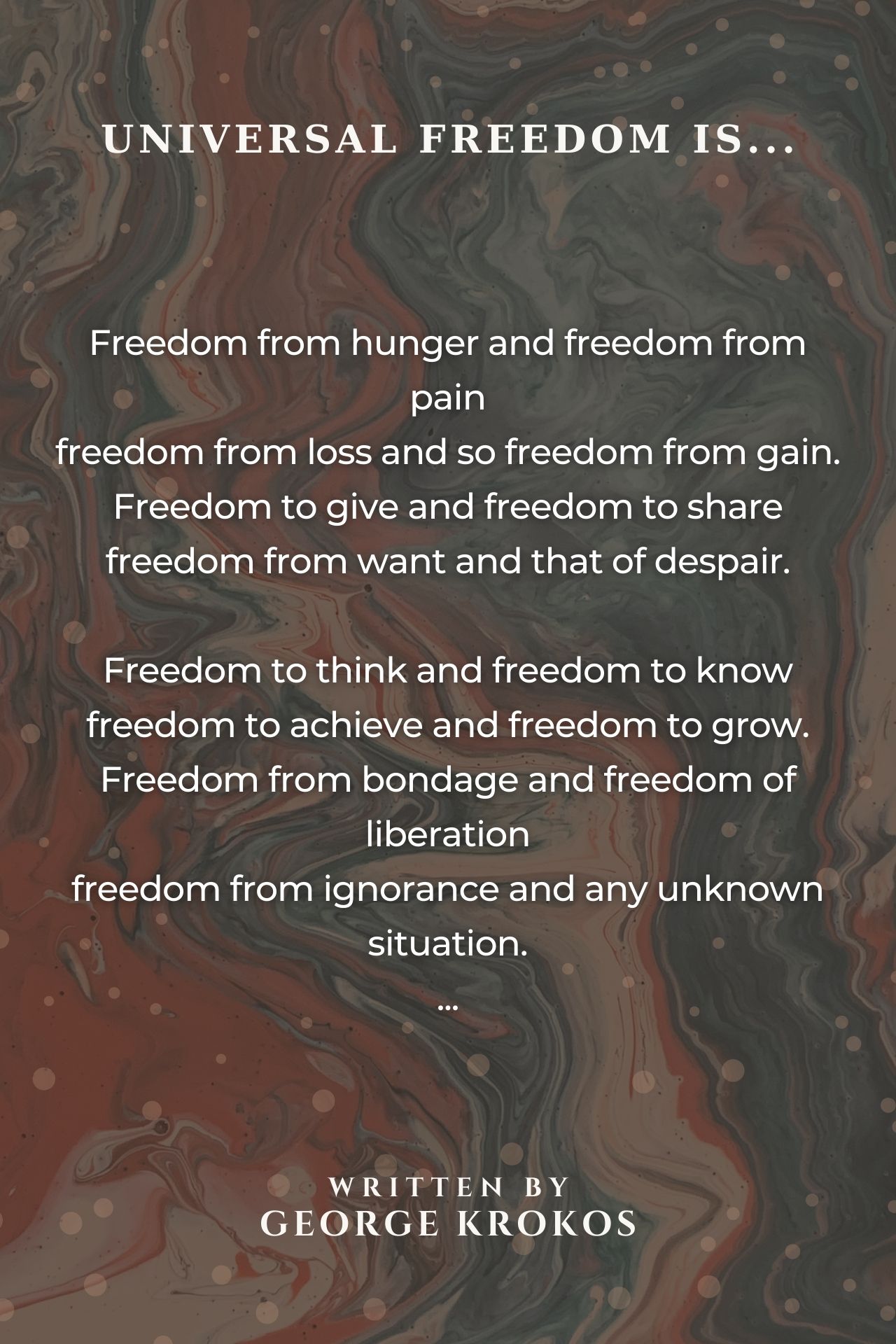 that's awsome....... that the meaning of freedom

That was just fantastic. You are a very gifted poet

Freedom is precious. Let us be blessed to choose the right, pure and eternal.

Freedom to choose - 'being kind or being right'... Freedom is a choice and decision.. Wonderful thoughts sir George..thank you for sharing

Universal freedom is eternal and infinite bliss we should all therefore be able to realise this....! ! ! Fine poem

Is this poetry? Why do you bogus fellow pollute the site...waste of space! Every stanza is unevenly articulated affecting the flow! No rhymes and rhthm! Why the word freedom so many times? Are your readers donkeys! Better stop writing!

You should learn to write proper English and grammar before anyone can take anything you write seriously Mr Swain because it appears that with most of what you write and offer here one can notice that there's nothing much to gain.

0 0
See All Comments
READ THIS POEM IN OTHER LANGUAGES

I would like to translate this poem
Poems By George Krokos
Sunset On The Beach
Haiku #4 - Our Ways In The World..........
Quatrain #493 - Without Some Kind Of.....
Autumn Whispers
Love's Bitter Lemon
See All Poems by George Krokos
Next Poem
686 / 611
Previous Poem