What Is A Poem? Poem by Spock the Vegan

What Is A Poem?


A poem is a tale that is set to rhyme,
Preferably, to some, it meters time.
But some people just write whatever in the world
they want without any rules whatsoever.

A poem can use alliteration, metaphor, simile or symbolism.
Some prefer irony, ambiguity, hyperbole or euphemism.
But some just write what they feel for the mood they're in,
and don't pay any attention to anything.

The Japanese Haiku with its lines of three,
Has very specific rules that must be followed to a tee.
But English words can have a longer sound than in Japanese,
so 5-7-5 is no longer considered the rule for haiku in English.

A quatrain with its lines of four
Has line one rhyme with line three
And lines two and four rhyme some more
Except when they don't, to set you free

The limerick with its lines of five,
Is designed to keep humor alive.
But I regret
What I forget
And so I don't have much drive.

Cinquain
Is another
Type with rules too hard to
Meet, but at least you don't have to
Rhyme it.

An English woman in her bonnet,
Would likely prefer the English sonnet.
But there are many forms with rules too complex
to describe here, So Google it. 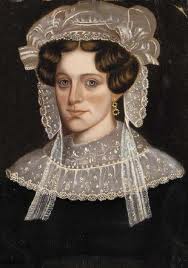 a very well thought out and intelligent poem

Thanks. I really appreciate that.

I believe we have a clever person here. I just arrived. Thank you Spock the Vegan. Kelly and Brian and Kim have been keeping you a secret from me. I think they are protecting me because I'm not bright but I am able to entertain by having the ability to juggle words from a joke into a limerick. They don't want you cutting me down. Well, I also have a sense of humour. ta. good day sir

Thanks very much. You have been called the master of the limerick. That's because you are good at it.

I believe you are comfortable with any form thanks-10

Well thank you. I am trying other forms when I become aware of them.

Thanks. As Kim said, this is the improved version.

This revised version is better than the original. Well done.

Thanks. Almost any poem can be improved if you spend time at it.