In Hollywood he was a star
And many movies made.
His fame has spread both near and far;
His mem'ry won't soon fade.

He often had a cowboy role
Or soldier or big boss.
More oft than not his fav'rite spot
Was riding on his hoss.

Oh, let me tell you just in case
I'm driving you insane:
Marion Michael Morrison:
You knew him as John Wayne. 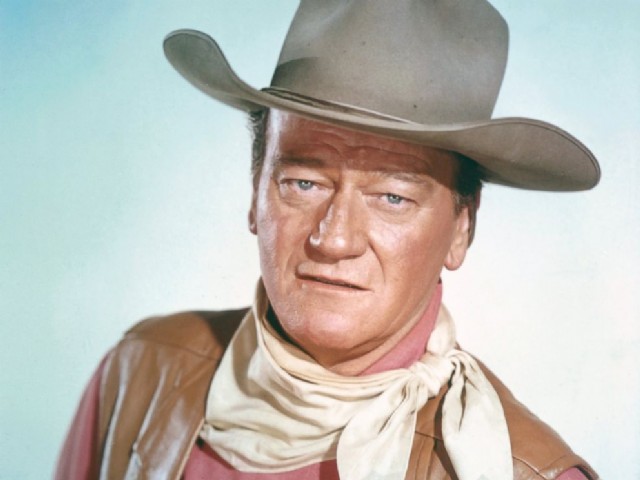 Topic(s) of this poem: people

Wikipedia says he was born Marion Robert Morrison, but his middle name was changed to Mitchell when his father decided to name his second son Robert.
Other sources say he was Marion Michael Morrison. That is the name I had always heard in earlier years, so that is the one I used here.

On 17 August 2016 this poem was selected as Member Poem of the Day.
Thank You, Poem Hunter!
END_OF_DOCUMENT_TOKEN_TO_BE_REPLACED