Click For The Best Poems ❱❱
Next Poem
95 / 761
Previous Poem

Albert Einstein 81 - A Crusader Of Peace

Dr. Albert Einstein spent the last ten years of his life,
As a Crusader of peace and disarmament.
He passionately voiced his concern about Atom bomb.
In a dinner at New York Astor Hotel, in December 1945,
To honour Nobel Prize winners, he firmly declared:
"The war is won but peace is not"!
As a staunch pacifist he was much disturbed and worried
About the possible use of atom bomb for a wrongful purpose.
He vociferously spoke against militarism, its implications,
And advocated Gandhi's methods of Ahimsa or Non-violence!

In 1946, Dr. Einstein became the Chairman of
The Emergency Committee of Atomic Scientists.
As the Chairman, he urged the United Nations to form
A world Government, which he strongly pointed out
Was the only remedy or solution, to maintain world peace.
If each nation possessed separate armament,
There would always be oppositions and wars.
He was totally against military aggression.
Dr. Einstein wrote in support of International Laws
Prohibiting the creation and use of atom bombs.

Einstein's personal life too, turned painful.
In 1945, Einstein's sister Maja, who lived with him
In Princeton, suffered a stroke and became bedridden.
She could never travel to Europe to meet her sick husband.
But Einstein was such a good big brother,
That he would sit beside her, tending, caring,
And reading to her every night. The siblings bonded well.
A family friend remarked: "Two old people sitting together,
With their bushy hair, in complete agreement, understanding, and love."

Dr Einstein, just before turning seventy years, took ill
And was admitted to Jewish hospital in Brooklyn.
He was diagnosed with aneurysm in abdominal aorta.
Though, after few weeks he recuperated and returned home,
He was aware of his ill health, hence signed, sealed his last will.
He made his friend Otto Nathan as the Executor of his last will,
Helen Dukas, a trustee of all his literary assets.
He bequeathed his papers to the Hebrew University of Jerusalem.
His violin for his grandson - Bernhard and all his financial assets
To his sons - Hans & Eduard, step daughter Margot and Helen Dukas.

In 1948, Einstein's first wife, Mileva passed away,
Leaving their son Eduard orphaned in a sanatorium in Switzerland.
In 1951, Maja died, after a prolonged illness in Princeton.
In 1952, Dr. Einstein was offered the high position as
The President of Israel, which he politely declined.
In 1954, Einstein became very sick with hemolytic anemia.
On 18th April 1955, he peacefully breathed his last in his sleep.
He had refused any further surgeries to prolong his life.
Apart from the nurse, Helen Dukas and step daughter Margot,
Faithfully attended to him till the very end.

An exceptional human being, who lived fearlessly
And faced death courageously, without a tear.
He left this world without any regrets or complaints,
Leaving a great legacy of scientific brilliance, and
As a champion of humanitarian values and peace! 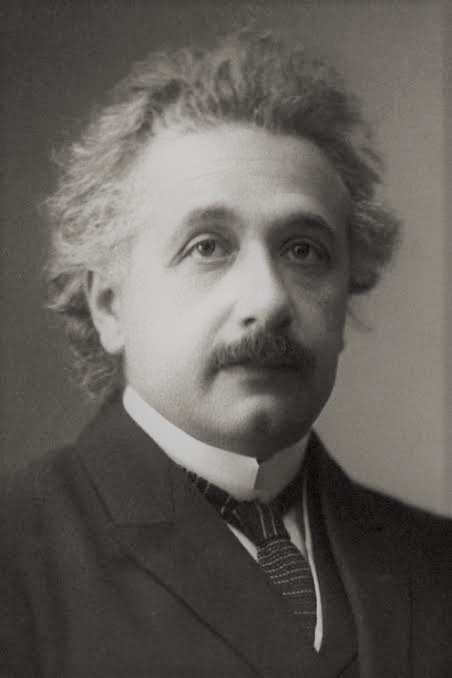 Geeta Radhakrishna Menon
Tuesday, November 23, 2021
Next
New York Poems: 104 / 500
Previous
Topic(s) of this poem: personality,life,true,story,peace
poem poems New York daughter siblings Grandson Sons New York City
Download image of this poem.
Report this poem
POET'S NOTES ABOUT THE POEM
With this poem, I conclude my Series on Dr. Albert Einstein. Thank you, dear friends, for reading these biographical poems on Albert Einstein. I am grateful to all of you for walking along with me in this journey of Dr. Einstein's biography. I truly appreciate your warm support.
READ THIS POEM IN OTHER LANGUAGES

Liked the ending of this series focusing on the great character of a very brilliant man.He never feared death for he lived his life fully.

Writing these biographical poems of Dr. Einstein is not an easy endeavor. We thank you, Dr. Geeta, for giving us the opportunity to know the life of a great and noble man.

He was truly exceptional Geeta, far ahead of his time. A good 5*

Par Excellence. A great tribute to Albert Einstein- one of the greatest human beings who made phenomenal contribution to science and humanity. A big thank you, Dear Geeta ji, for this poetic bio which I wind up with teary eyes.

Liked the ending of this series, Dr. Geeta. To advocate peace .... being a pacifist is a noble endeavor. Dr. Albert Einstein is a gem of humanity.

Thank you, Dr. Geeta, for giving us the opportunity to take a glimpse of the wonderful life of a great and noble man. His acts and works will always serve as an inspiration to all.

Writing a biographical poem for a great man is never an easy task. It is an endeavor that requires time, effort and understanding of the life of.Dr. Albert Einstein.