After seeing her body:

"She had been tortured.
Her legs were broken, "
recalled Ms Naseema, who had rushed to the forest along with her husband to see the body.
"Her nails had turned black
and there were blue and red marks
on her arm and fingers."

Asifa was confined in a local temple
for several days and given sedatives
that kept her unconscious.
She was "raped for days,
tortured and then finally murdered".
She was strangled to death
and then hit on the head
twice with a stone.

Asifa was described as a "chirping bird"
who ran like a "deer".
When they traveled,
she looked after the herd.
"That made her the darling
of the community, "
"She was the centre of our universe."
(I have taken it from the newspapers and from the internet) .

My heart cries for her.
She is an angel among the purest of angels,
in the abode of a God who is beyond all religions. 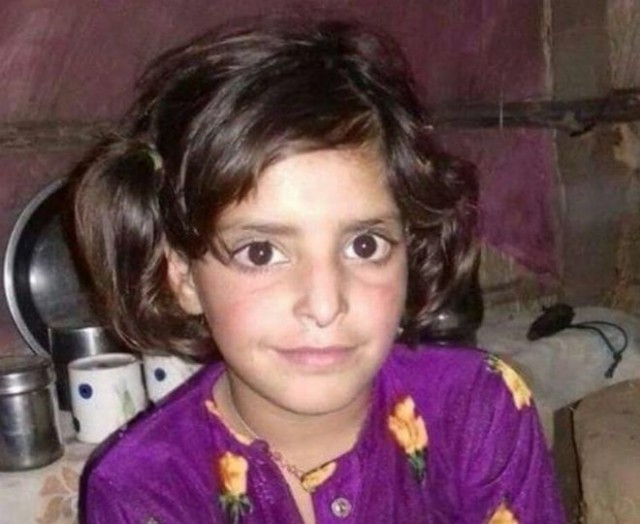 The tragedy of the event that has been shared here is undeniable. But I'm not sure how this poem amplifies or otherwise adds to the power of a direct reportorial account that is easily shared and propogated today on social media. What does this poem do that reportage does not? Serious question, if anyone can elucidate on the issue for me I'd be grateful.

I wholeheartedly agree with this comment. Really, not a poetic subject at all. The Admin are fools as we all know. Another example of a favoured few joining a short queue. If you have an ounce of sense your comments do not strike a chord with fools.

I appreciate your lines and the cause. Beautiful poem.

Dear Tony It is beyond expression how bad I feel about the horrific incident. Thanks to you for bringing it to the world of poetry to make us more active against such crimes.

What happened was diabolic and horrific. The perpetrators deserve no mercy. But why add her photo to this writing? Would it lessen the gravity of the crime had she not been pretty or fair complexioned? Where is the expression of grief or distress? Where is the condemnation? This is not like Dr. Tony.

I am sorry, Dr. Tony, that I did not care to take a look at your earlier poems on the subject.

Would yu my dear respected poet read these two poems also before asking me why i posted that photo? I know that i did not publish anything new or poetic….. but i was crying day and night after seeing and reading about Asifa Bano. In all humility your friend tony https: //www.poemhunter.com/poem/my-little-angel-asifa/ http: //www.poemhunter.com/poem/o-poets-and-poetesses-of-conscience-your-pen-is-mightier-than-all-the-injustices/

Swimming in the sea of sadness. Thanks for giving voice to the voiceless!