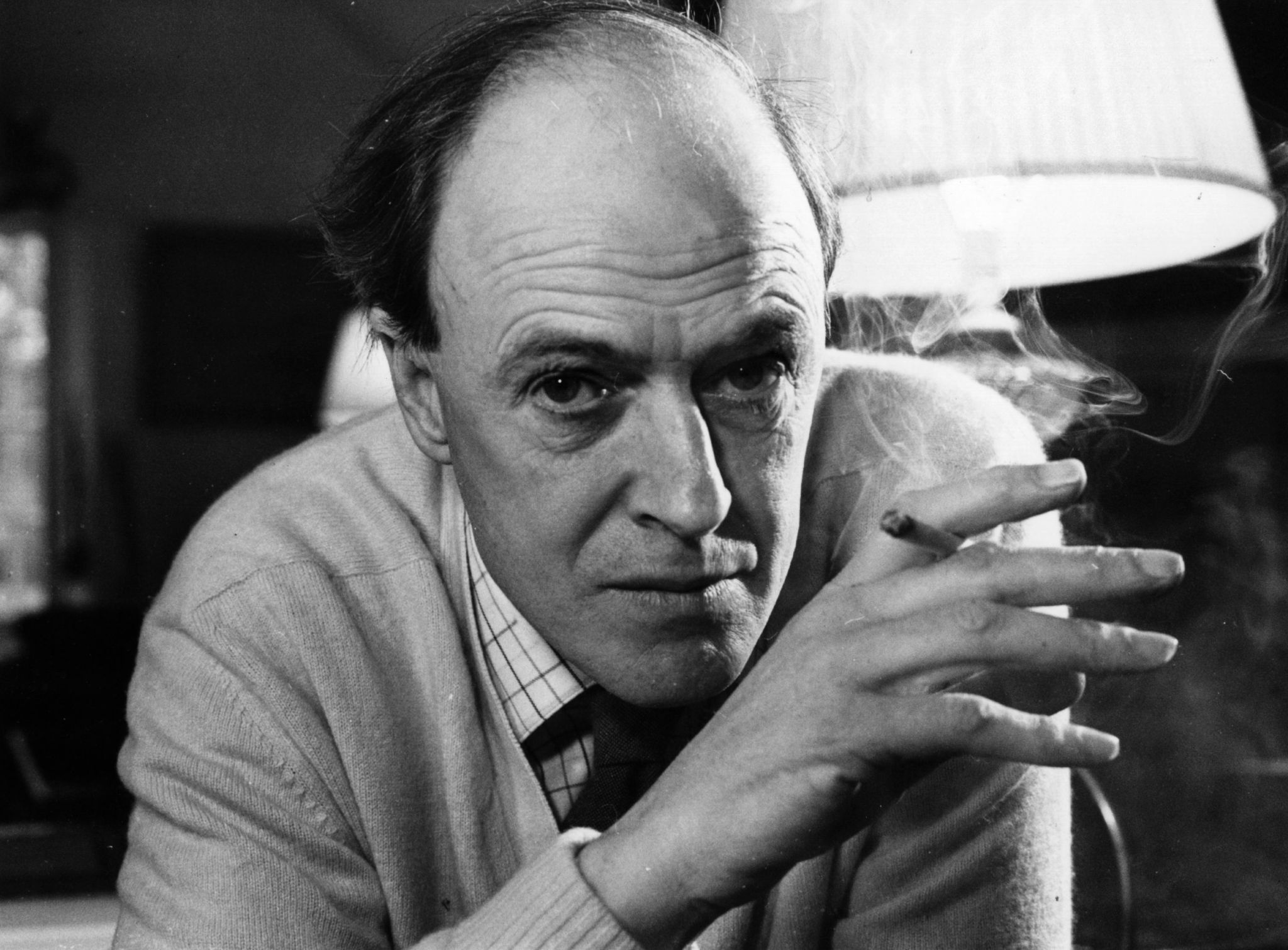 
I guess you think you know this story.
You don't. The real one's much more gory.
The phoney one, the one you know,
Was cooked up years and years ago,
And made to sound all soft and sappy
just to keep the children happy.
Mind you, they got the first bit right,
The bit where, in the dead of night,
The Ugly Sisters, jewels and all,
Departed for the Palace Ball,
While darling little Cinderella
Was locked up in a slimy cellar,
Where rats who wanted things to eat,
Began to nibble at her feet.

She bellowed 'Help!' and 'Let me out!
The Magic Fairy heard her shout.
Appearing in a blaze of light,
She said: 'My dear, are you all right?'
'All right?' cried Cindy .'Can't you see
'I feel as rotten as can be!'
She beat her fist against the wall,
And shouted, 'Get me to the Ball!
'There is a Disco at the Palace!
'The rest have gone and I am jealous!
'I want a dress! I want a coach!
'And earrings and a diamond brooch!
'And silver slippers, two of those!
'And lovely nylon panty hose!
'Done up like that I'll guarantee
'The handsome Prince will fall for me!'
The Fairy said, 'Hang on a tick.'
She gave her wand a mighty flick
And quickly, in no time at all,
Cindy was at the Palace Ball!

It made the Ugly Sisters wince
To see her dancing with the Prince.
She held him very tight and pressed
herself against his manly chest.
The Prince himself was turned to pulp,
All he could do was gasp and gulp.
Then midnight struck. She shouted,'Heck!
I've got to run to save my neck!'
The Prince cried, 'No! Alas! Alack!'
He grabbed her dress to hold her back.
As Cindy shouted, 'Let me go!'
The dress was ripped from head to toe.

She ran out in her underwear,
And lost one slipper on the stair.
The Prince was on it like a dart,
He pressed it to his pounding heart,
'The girl this slipper fits,' he cried,
'Tomorrow morn shall be my bride!
I'll visit every house in town
'Until I've tracked the maiden down!'
Then rather carelessly, I fear,
He placed it on a crate of beer.

At once, one of the Ugly Sisters,
(The one whose face was blotched with blisters)
Sneaked up and grabbed the dainty shoe,
And quickly flushed it down the loo.
Then in its place she calmly put
The slipper from her own left foot.
Ah ha, you see, the plot grows thicker,
And Cindy's luck starts looking sicker.

Next day, the Prince went charging down
To knock on all the doors in town.
In every house, the tension grew.
Who was the owner of the shoe?
The shoe was long and very wide.
(A normal foot got lost inside.)
Also it smelled a wee bit icky.
(The owner's feet were hot and sticky.)
Thousands of eager people came
To try it on, but all in vain.
Now came the Ugly Sisters' go.
One tried it on. The Prince screamed, 'No!'
But she screamed, 'Yes! It fits! Whoopee!
'So now you've got to marry me!'
The Prince went white from ear to ear.
He muttered, 'Let me out of here.'
'Oh no you don't! You made a vow!
'There's no way you can back out now!'
'Off with her head!'The Prince roared back.
They chopped it off with one big whack.
This pleased the Prince. He smiled and said,
'She's prettier without her head.'
Then up came Sister Number Two,
Who yelled, 'Now I will try the shoe!'
'Try this instead!' the Prince yelled back.
He swung his trusty sword and smack
Her head went crashing to the ground.
It bounced a bit and rolled around.
In the kitchen, peeling spuds,
Cinderella heard the thuds
Of bouncing heads upon the floor,
And poked her own head round the door.
'What's all the racket? 'Cindy cried.
'Mind your own bizz,' the Prince replied.
Poor Cindy's heart was torn to shreds.
My Prince! she thought. He chops off heads!
How could I marry anyone
Who does that sort of thing for fun?

The Prince cried, 'Who's this dirty slut?
'Off with her nut! Off with her nut!'
Just then, all in a blaze of light,
The Magic Fairy hove in sight,
Her Magic Wand went swoosh and swish!
'Cindy! 'she cried, 'come make a wish!
'Wish anything and have no doubt
'That I will make it come about!'
Cindy answered, 'Oh kind Fairy,
'This time I shall be more wary.
'No more Princes, no more money.
'I have had my taste of honey.
I'm wishing for a decent man.
'They're hard to find. D'you think you can?'
Within a minute, Cinderella
Was married to a lovely feller,
A simple jam maker by trade,
Who sold good home-made marmalade.
Their house was filled with smiles and laughter
And they were happy ever after.

This is a horrible poem. Some of the rhymes are clever, but what a truly gory story indeed.

I just love it, not quite suitable for children maybe but I would love to see it in a book with great illustrations. I think it would be a winner.

You might think you've cracked the scene you haven't, the real one's far too mean...

Good articulation i enjoyed the sequel

This will give me NIGHTMARES. But overall, good story! Like if you think Roald Dahl is awesome!