Those days are long past when crosses
were the signposts of churches.
The trend nowadays is for assemblies
to bear flashy pictures of pastors in charge —
often with their wives beside them.
As the rightful owners of ministries,
'Pastorpreneurs'
are the heads of trustees.
With family members as co-trustees,
there are no marked differences between
assets of churches and those of the pastors.

The shameful abuse of gospel grace
by these men of crafty pretense
in religious ropes,
has brought a stigma of infamy
to the venerated image of God's church —
diminishing its moral voice.
Driven by putrid stench of materialism,
they peddle The Holy Word for profit
at the expense of worshippers,
whose genuine concerns
they exploit to feather their nests.

By spiritualising mundane matters,
they delimit terms of success known to man.
Unthinkable to question the motives of a true
'man of God', these demagogues turn
human judgments into divine commands —
dishing out spiritual orders
with more focus on the collections.
The out of context tithing doctrines,
the stage-managed testimonies,
and the miracle faking sprees;
are the lifelines of their dubious enterprise.

With sensibilities of congregants erased by
the sugar frivolities of these charlatans —
who promise quick and easy solutions
to existential challenges, they are lured
to donate handsomely till it hurts.
Many forgo basic necessities,
default on credit instalments,
and some even go borrowing;
to meet the demands of worldly churches.
As anticipated miracles become gaudy illusions,
those blacklisted helplessly watch
as their properties: furniture, cars, houses...
are repossessed or auctioned.

The mere mention of certain televangelists
brings to mind scandals
that have caused ripples of oddities.
With vast business interests funded
from donations by followers,
the celebrity pastors are having fun.
Their ungodly opulence a testament to
the lucrative nature of translating
The Holy Word.
In an era of material excesses,
'Pastorpreneurs'
are the raiders of the Lord's Vineyard. 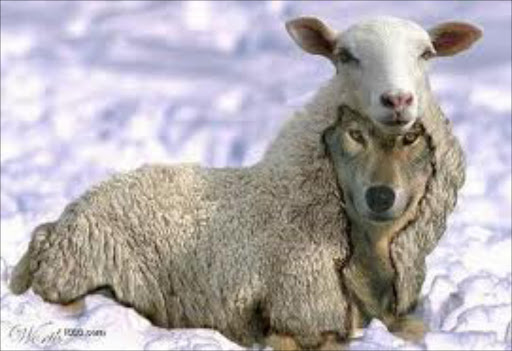 Your eloquent poem carries a powerful, meaningful and truthful message message that needs to be heard. Great poem!

Hi Evelyn, thanks for your kind and insightful appraisal of the poem. Remain enriched.

....And let me add, the picture accompanying the poem tells a lot, worth thousand words as they say.

Hi Aniruddha, thanks for your insightful appraisal of the piece. Remain enriched.

u dear my dear are a contemporary poet wit words at create d right picture of our time. Great write

A powerful and very incisive write. A great expose on the evilness of those who are clothed as Men Of God. Brilliantly crafted and expressed.

In an era of material excesses, 'Pastorpreneurs' are the raiders of the Lord's Vineyard.

well penned poignant poem, Excellent and thanks so much for sharing with 5 stars

In an era of material excesses, 'Pastorpreneurs' are the raiders of the Lord's Vineyard. The world is a little twisted!