With promise of job,
he lured her into a cane field.
His gentleness a veil of sanity.
Lurking in his mind,
a perversion of sex instinct:
'Bind her! Torture her! Kill her! '

Deep within comfort zone
suddenly brandishing his bludgeon,
countenance wearing mercilessness -
sight of which imported terror into her spine.
Desperate plea for mercy fueling his excitement.
Menacingly, her clothes he demanded.

Hissing in agony like pine tree,
gnashing her teeth before the incubus, she stripped.
Her nudity assaulting his senses,
eyes flaming with lust,
he took stock of the bared flesh:
'Beautiful! Submissive! Horrified! '

Bound and gagged,
fantasy translating into reality,
all hell broke loose...
Urge gratified,
with her undergarment around her neck,
he sealed her fate.

Sixteenth victim of the unhinged mind:
Single mother of two horrendously maimed.
Not quite long,
no sooner had he got home
than long arm of the law tapped his shoulders:
DNA found on victims had matched his.

Karma forced to be lenient,
he lives albeit in confinement.
No Death Penalty In Mzansi.

NOTE: Mzansi is the affectionate name for South Africa.

The Phoenix Strangler - Sipho Mandla Agmatir Thwala (born 1968) is a South African rapist and serial killer. He began his year-long rape and murder spree in 1996. His modus operandi was to lure local women into accompanying him through the sugarcane field near the town of Phoenix in KwaZulu-Natal Providence with the promise of employment as domestic servants in hotels. Once they were deep within the cane field, Thwala would attack the women, bind them with their undergarments and then rape, strangle and bludgeon them to death. Afterwards, hoping to destroy any physical evidence of the attack, he would set fire to the cane fields.

Thwala was arrested in 1997 after South African police matched DNA found on the victims to DNA taken from Thwala in 1994 when he was arrested and acquitted for a rape charge.

Thwala is currently being held at CMax penitentiary in Pretoria South Africa.

The picture displayed below is that of Sipho Mandla Agmatir Thwala -
popularly referred to in South Africa as The Phoenix Strangler. 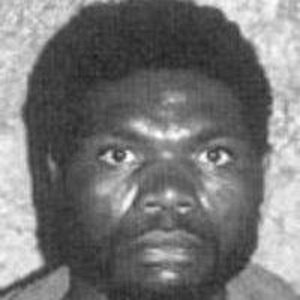 Chinedu Dike
Monday, January 5, 2015
Topic(s) of this poem: crime
poem poems africa rape Fantasy Sex murder
Download image of this poem.
Report this poem
Poems By Chinedu Dike
The Obsessive Agony Of Lust
Mzansi And The Ballot Box
Anc And The Struggle
The Evil Face Of Religion
Children Of The Street
See All Poems by Chinedu Dike
COMMENTS OF THE POEM
Ernest Makuakua 23 January 2016

Hi Ernest, thanks for your lovely words of encouragement. Always remain blessed.

DNA found on victims had matched his. Karma forced to be lenient, he lives albeit in confinement. NO DEATH PENALTY IN MZANSI..................A punishment that can not be reverted back is a crime against humanity.

Hi Jawal, thanks for your comment. Always remain blessed.

So Alive, So authentic and realistic... Words nicely grouped, Thanks for sharingg it ??

Life has been so miserable after my lover broke up with me but thank God for Dr. Omoigberale helping me get my lover back WhatsApp: +2349070744105

Part 2. It is often argued that in a civilised society, there is no place for ‘capital punishment'. But such heinous crimes need to be dealt with an electric chair. Or by decapitation, as prevalent in the countries of Arabian Gulf. Nothing less.

Hi Poet, your words transported me right into the crime scene, as if the horrendous crime enacted right before my eyes. It is a pity that he was exonerated of his first crime. This failure of justice would have encouraged him to get himself entangled in more horrendous deeds.

Bro, u are an artist_ this lovely, it's feels like as though i was staring into the rapist eyes, really lovely men. Tbe inspiration is even more grounded. Please consider reading a few of my poems as well, notably 'Let's Grow Up Together'

A poem of great substance on social issue! You have brilliantly revealed a case..Bravo Chinedu! !