Africa My Beginning And Africa My Ending &lt;Fusion&gt;

Rating: ★4.5
Today I woke up in Africa and as the sun rise in the morning I remembered in Africa I was born and Africa I still live in Africa my beginning Africa my ending inspired by INGOAPELE MADINGOANE

Bow down to God and gods sometimes consumed by the worlds largest perplexed environment the torment and torture do I forget where I come from remember in life we have different views and people make sure that they tell you something right while they add a little wrong in order to leave you confused in where you belong
I knew in Africa my beginning and Africa I'm ending even Moses was born in Egypt and his soil was calling him you cannot run away from who you are where you come from Africa my beginning and Africa my ending.

Giving away our riches and remain poor still say we are proudly African surviving in only river water and the air we breathe the grace of our Lord upon us They stole our land remember freedom was sold on a silver platter so that they may remain rich while the poor remains poor and still we have leaders who won't recognize Africa as their own well if they did I mean there would be differences yet we have borrowed trademarks invading our beautiful soil
Read More
No easy way to freedom all these years black hopeful men food being their wish courage their pay Until Africa was respected for a leader had emerged from the bush to Maputo Viva frelimo'
End of quote
I could name all that has happened in our beautiful continent Soweto flames, Sharpeville massacre, Namibia, Mozambique and Zimbabwe Africa my beginning and Africa my ending your stories never seem to end and as I am African from Africa living in Africa Ending in Africa 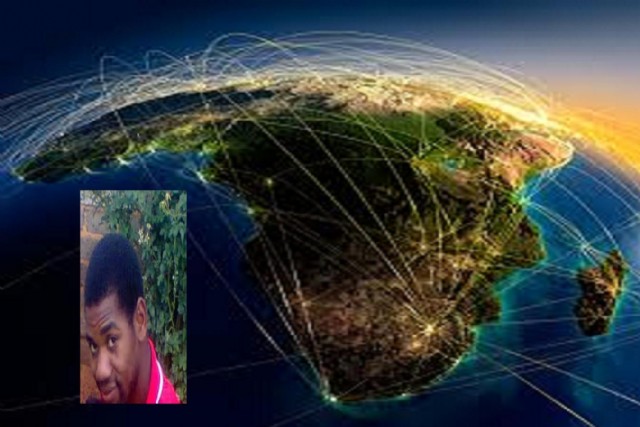 Ernest Makuakua
Tuesday, January 5, 2016
Download image of this poem.
Report this poem
Topic(s) of this poem: africa
POET'S NOTES ABOUT THE POEM
I am an African From Africa sharing an african story with the world beyond africa
READ THIS POEM IN OTHER LANGUAGES