The Old Man And His Dog Poem by Valsa George

The Old Man And His Dog


Out through the window of his lonely cottage
The old man vacantly gazed,
At the lazy curl of smoke from the chimneys
His eyes further wandered over to the dew dampened meadows
And the sloping paths that ran round it
Over them how many times, he had rambled leisurely
With Jack, his spaniel that died a few months ago
Though single with no legacy to leave behind
Never before he felt so lonely as of late
And the memories of his dog keep haunting him.

One morning he found his dog lying stretched out
Alas! From that slumber he didn't rise!

Now with nothing much to look forward to in life
He is in no hurry to leave his cottage as before
Each day of his life starts with the same ritual
Every day the old man would brew his tea
Pour it steaming into his large porcelain mug
And get settled on a chair by the table
Looking through the small window,
His main opening into the wider world

Sometimes from the pantry he would bring a can of biscuits
And munch a few along with his cup of tea
This, he did as an unfailing routine
When his dog Jack was with him!
Every morning the dog would be there at his feet
Its greedy eyes glued to the biscuits in his hand
When there was but just one left with him,
He would lift the biscuit right over the dog's head
A cue for Jack to stand up and have his share
When it rises up wagging its tail in joy
Sometimes he would place his fore finger on his lips
And the dog discerning what its master meant
Would soon sit down obediently and remain quiet
When he got convinced that Jack took his orders,
He would hold the biscuit between his fingers.
When on its hind legs it rises, balancing into a waltzing step,
The biscuit would be dropped into its gaping mouth!

Now each day as he sips his tea
He sorely misses his dog and its pranks
It is the time when old memories stir up!


Now with a wave of deep regret,
He discerns, there is none to care for him
His world is so cold and he feels so lost
Once his dog shared his board and owned his bed
More than ever he missed him now
Who stood so faithful unto the last

With mist blurring his eyes and with a sigh
The old man once more looked into the meadows far away! 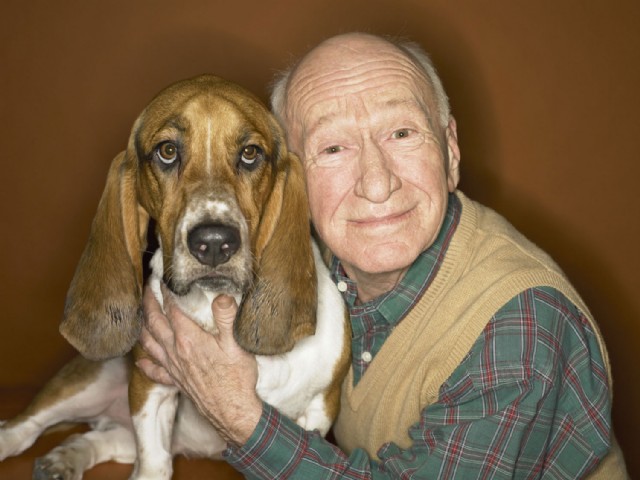 Valsa you are queen of description. Your descriptive powers in this poem are shining like that of a sun...........10

A great poignant poem with intricate description of the Man & Dog relationship. You deserve more than 10 for this. Anyway, I give you full 10 which alone is within my powers.

Dogs are the most faithful companions of human beings and their love when cherished and indulged shall remain void when we miss them forever.......Valsa.....a great and very poignant write indeed......10/10

... once more looked into the meadows far away! Loss of a faithful companion creates a void which cannot be filled by anything else. Poem shows deep knowledge of having a dog and closely observing his nature. That reflects in the beauty of the poem.

Such a moving poignant poem! Lovely! Well narrated in a poetic form. What a beautiful tribute to a faithful friend! I can empathize with the old man for i had two collies, Marj and Penny, and when I lost them I grieved. Thanks you so much.

A touching expression has been made on old man and his dog i this poem astutely. How the death of the faithful dog brings grief to the master is well executed. The love and affection among animal and man is incisively reflected here. A brilliant poem.10

A Dog and his Great Old Master could be an equally apt title for this fine piece of poetry. As a lover of dogs in general, I appreciate your great efforts in telling a tale of the kind. Time and again let such themes too be there in poems, Valsa madam. Here is the next 10 marks given for you...

This is a wonderful character study. I felt very close emotionally to the old man with his country lifestyle. But how fragile that lifestyle truly was because when his dog died, his lifestyle collapsed and he was ill prepared to deal with his solitude. In fact, he wasn't even aware of his solitude because his dog protected him from that realization. I liked his memory of being lost in the forest but not afraid because the dog is there. The dog is his connection to the natural world, and walking the dog is his incentive to going into nature instead of moping all day at his cottage. Part of me wants to intervene in this old man's life and help him create a new version of his lifestyle. He may be too old to get another dog, or feel he's too old. So perhaps a bird, or a bowl of fishes, or even a house cat. He needs a COMPANION animal, to get him outside of himself the way the dog had done. Here I am living inside your poem, rearranging things to suit my temperament. But your writing is so warm, humane and detailed that stepping into the poem's world is a natural gesture.

Pets are natural objects of human attachment, being easily accessible, active, and affectionate, with no malice and politics inside their brain, no wonder we humans at times make wonderful bonding with animals and when it comes to dogs it is one of the most faithful. Thanks for sharing this descriptive emotional poem :)