A Recount And Recap Of Pandemic Lockdowns Worldwide Poem by s.zaynab kamoonpury

A Recount And Recap Of Pandemic Lockdowns Worldwide

Now the tables have turned
Humans are quarantined  in house arrest
while some lie sick in bedrest
So animals not usually seen are having a fields day
roaming upon roads,
crossing the streets.
Reclaiming the once jungle lands,
that had been turned into concrete urban jungles.

It's better that busy humans now become photoholic
than forever queueing in lines of heavy traffic.
Without human pollution,
nature is all the more photogenic.

Mother nature all a creation of God has now had many of us grounded
as she gives us a hiding
while we go into hiding.
Extraordinary turn of events indeed! !

In several countries round the world:
Discos and casinos vacated
Pubs and nightclubs evacuated
Bars shutdown for lockdown
People are behind bars instead of guzzling beer in bars
and instead of animals behind bars.

Humans compelled to hibernate
so animals busted their cell gate
Priorly animals were in an enclosure Now they are getting free exposure Self-centred humans cared mostly about themselves
but now the animal kingdom is the cynosure.
Animals were shut in cages and now human activity is under similar closure.

Ah, this corona crisis!
Is all this mercenary stasis
for humans a roasting nemesis?

A heavy price to pay for rapacious carelessness and arrogance
where humans acted like they are in control, like they are controllers of this planet
and they could do anything they wish with it.
It's ignorance to think all this is mere coincidence.

Im relieved our Islamic prayers can be said any place, anywhere
to kneel and bow to the one true real sustainer of the universe.
We need to invoke and supplicate to the creator who is still in control...
as prayer can really truly prevent fear anxiety and panic in such scary times 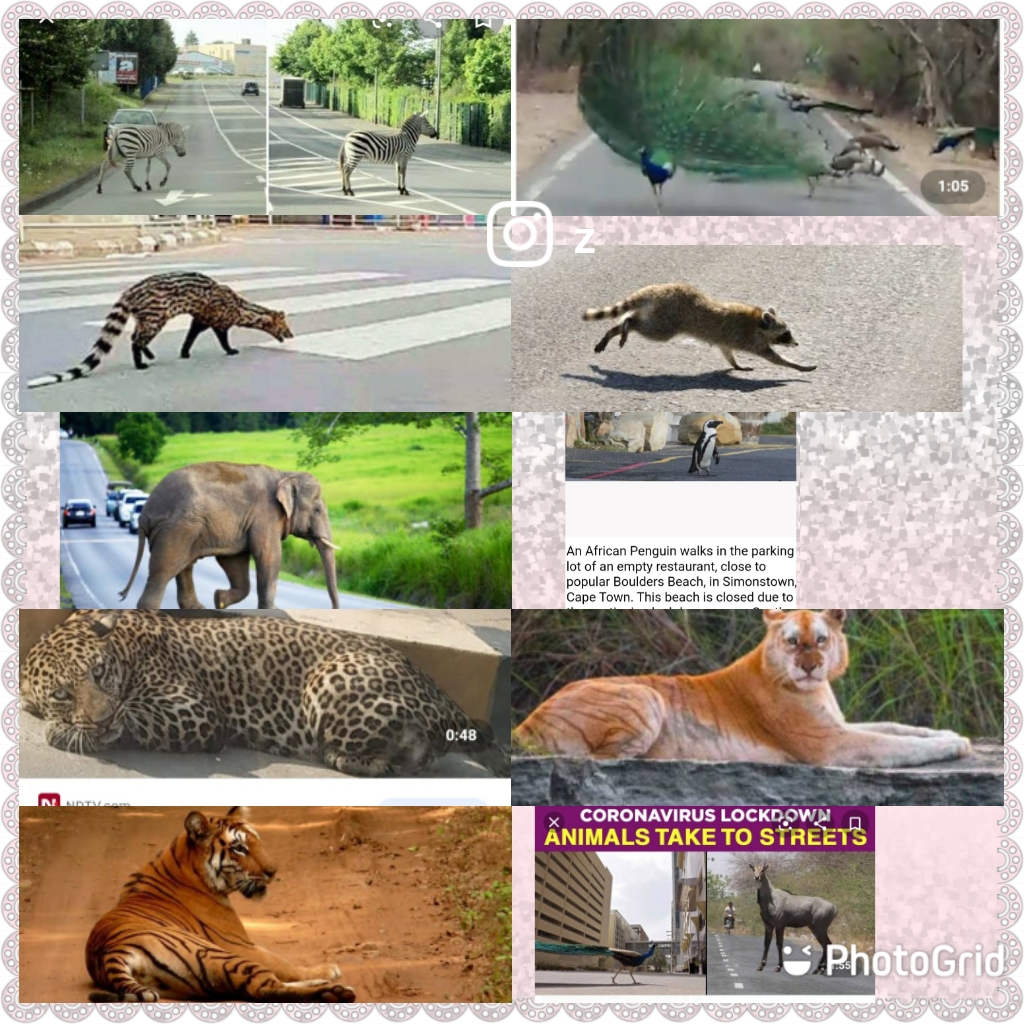 Clearly conveyed and composed this enormous large text. But well worth to be reading and being informed.5 Stars! To my Favourites. Thank you dear Zaynab!

A very perceptive poem so well expressed and presented.Informative too. Brilliantly penned..

Yes, I am surrounded by the national, state and local forest areas...and often venture whenever I get spare time, yes my heart bleeds when I see the pathetic condition in which these animal survives. Our greed for land, roads and infrastructure is slowly destroying their natural habitat.

It's like coronavirus is a plan of God to bring a little balance in the world with a twist of irony...Well written

A great verse, and a sound reminder that all tings do revert...It is time for nature to once again awaken.

A powerful and eloquent poem, that is a wake up call to those who have taken our beautiful, natural world for granted.5 stars.

Yes, Yes, The animal kingdom is having its reverge