Perhaps you have wondered
or even yet, pondered
words pertaining to 'nose',
and the list, it just grows.
Consider this, then:
They start with 'sn'.

I have noticed that quite a few words pertaining to the nose (its function, appearance, and social connotations) begin with the letters SN.

With the help of your nose, you can SNEEZE, SNARL, SNICKER, SNORE, SNIFFLE, SNIVEL, SNUFFLE, SNORT, SNEER and SNIFF. There are probably others I have overlooked.

Your nose can be called a SNOOT or a SNOUT.

A certain bird with a long nose (bill) is a SNIPE.

Most people's noses contain you-know-what, but some could contain SNUFF. There are those who call heroin SNOW, so they might SNORT SNOW through their SNOUT.

A person who turns his nose up at others is a SNOB and could be considered SNOOTY. He will probably SNUB the rest of us. Someone who sticks his nose into other people's business is a SNOOP. 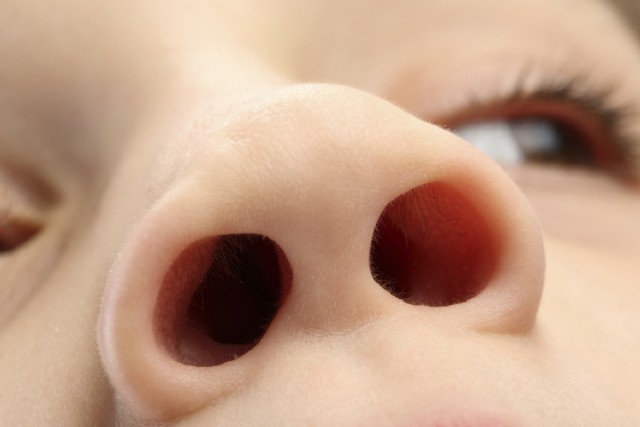 Kim Barney
Saturday, August 19, 2017
Topic(s) of this poem: language
poem poems snow snooty english
Download image of this poem.
Report this poem
POET'S NOTES ABOUT THE POEM
If you can think of others that I overlooked, leave a comment.

I am discovering more of your amazing puzzle poems.It is one such poem on nose.But why does SN occupy a big place on the NOSE, we have to discover., , , ,

Thanks for the comment, Smoky. You came up with another SN word!

Kim, great poem. I think you should recite this at our September poetry group meeting! ! ! ! ! Another 10.

Thanks, Hank, but I already have copies of Mountain Grave all printed up and ready for that meeting. (It has not been posted on Poem Hunter yet.)

Kim, I think you've got them all. All I can add is that snooty people sometmes make SNIDE remarks. Have you thought of a poem with words starting with sch.... From German, they tend to be nagaitive - schmuck, schmoos, schpiel, schmultz... Very entertaining poem, Kim. Well done!

Thanks, Laurie. Great addition of yours, that word SNIDE. I was such a schlemiel not to think of that one!

Wow... This is really kuul... English language is fascinating, poetry is beautiful.. Good work my friend

Thank you for the comment, Allotey. It is much appreciated.

1 0
See All Comments
READ THIS POEM IN OTHER LANGUAGES

I would like to translate this poem
Poems By Kim Barney
My White Shirt
Two Chipmunks
Expander 05: War
I Don't Care
A Man Called Marion
See All Poems by Kim Barney
Next Poem
573 / 574
Previous Poem