Robert Creeley, a US Black Mountain poet
toured New Zealand in March 1976 to give readings,
a few lectures here and there, one writers' workshop.
Creeley read his poems in six New Zealand cities.

The opening stanza was in the far south, Dunedin,
where his laconic poems were well received.
It was the same in Christchurch, where they liked 'America'
'Give back the people you took.' 'Let the sun shine again.' It did.

In Wellington, Robert Creeley was met by Alistair Paterson,
the tour promoter, who facilitated an interview with Bill Manhire.
After that, Creeley took a writers workshop with local poets,
who sketched poems about their city for the book 'Big Weather'.

In Palmerston North's Art Gallery Creeley read different poems
never repeating the same ones, like a true entertainer.
He took questions from the floor from aspiring poets
who wanted to write like 'The Sentence', in the right syntax.


The final stanza was at Auckland University's lecture hall.
On an expectant Friday night Robert closed the books to recite
'Heroes', an intricate poem about the classical past, death
and the labour of coming back from it, as Virgil said. 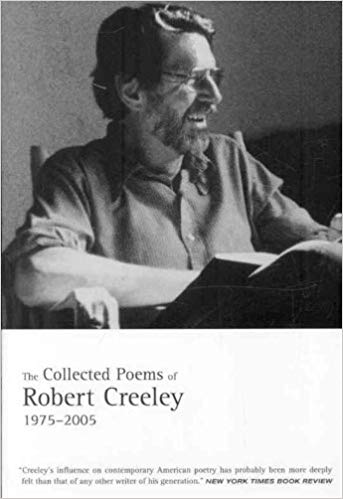 Topic(s) of this poem: life, poetry

See Poem Hunter/ Robert Creeley/ life/ poems. 'I Know a Man',56/59.
'The Flower' and 'Heroes' are not on that list.
Robert Creeley's tour of New Zealand was highly successful and popular. in 'The Penguin History of New Zealand Literature', the tour was likened to 'a royal progress'.
I have tried to give an idea of Creeley's terse, colloquial style. Laconic too. Being younger, Creeley also differs in style from the other Black Mountain poets. His lines are short, like the poems, not rhymed. The American poet, Donald hall, expressed it well:
'He is master of the strange, stuttering line-break'.
Creeley returned to Auckland in May,1995 to a teaching residence as a Fulbright Scholar at the University, for one year. In this time, he wrote a long poem 'The Dogs of Auckland', which he read to a packed-out Cafe Alba in the city. I was there.
END_OF_DOCUMENT_TOKEN_TO_BE_REPLACED
User Rating:
5,0/ 5( 2 votes )3